Semiconductors—at the core of electronics production

Semiconductors have been an indispensable part of our lives for a long time. The tiny chips are the most important technology of the modern world—they are the key components of all electrical systems. From November 12 to 15, 2019, productronica, together with SEMICON Europa, which takes place at the same time, will organize the largest microelectronic exhibition in Europe at the Messe München fair grounds with innovative solutions and products from the complete supply chain.


Semiconductors are everywhere. Since 1978, their numbers have been growing worldwide at an average rate of 8.9 percent. In 2018, industry experts from IC Insights counted more than a trillion ICs, sensors and optical and discrete components (O-S-D) for the first time. According to Gartner, they generated USD 476.7 billion in sales revenue—an increase of 13.4 percent compared to 2017. Almost 35 percent of this was earned in the “microchips” area. According to WSTS (World Semiconductor Trade Statistics), this year's figure is expected to collapse by more than thirty percent, thus pulling the semiconductor market into the red by twelve percent. Europe, in contrast to America (-23.6 percent), Japan (-9.7 percent) and the Asia-Pacific region (-9.6 percent), was comparatively less affected with a decline of 3.1 percent. However, a global increase of 5.4 percent is expected as early as 2020.

Regardless of this, the rapid changes in technology in highly complex and machine-intensive IC production will see an increase in demand for new equipment. For example, analysts from “The Insight Partners” estimate sales revenue from manufacturers of plant and machinery for semiconductor production last year at USD 62.1 billion. With an average annual growth rate (CAGR) of 5.2 percent, total income of USD 101.58 billion can be expected by 2027. Most of this will be generated with wafer production, followed by test equipment.

However, the semiconductor industry is not only stretched to its limits from a physical aspect, but also in financial terms. Factories for manufacturing 7-nanometer chips cost many billions of dollars, also due to the changeover from lithography processes to extremely shortwave ultraviolet light (EUV).

This technology is also regarded as a prime example of European collaboration. ZEISS Semiconductor Manufacturing Technology (SMT) and the world’s biggest supplier of lithography systems, ASML in the Netherlands, have been making significant contributions to this for many years. However, the European semiconductor industry is under enormous pressure. In the 1990s its share of worldwide semiconductor production was more than 15 percent, but last year, this had fallen to less than ten percent.

Cross-country funded projects, such as “Electronic Components and Systems for European Leadership (ECSEL),” have been established to stop this decline and drive the development and production of semiconductors and other electronic components in Europe.

Within this scope, Fraunhofer IPMS and the research hub for nanoelectronics and microelectronics, Imec in Belgium—both at productronica/Semicon 2019—together with European partners in the project “TEMPO (Technology & hardware for nEuromorphic coMPuting)” are developing innovative hardware based on the structure of the human brain. TEMPO will help intensify collaboration between the most important semiconductor companies and the largest European microelectronics research institutes.

The EuroPAT-MASIP project for planning innovative processes for complex electronics systems is also aimed at strengthening the semiconductor industry in Europe and productronica exhibitor BE Semiconductor Industries from the Netherlands is involved as well.

The largest microelectronics event in Europe

As a result of the close cooperation between SEMICON Europa and productronica, after the successful premiere in 2017, visitors to the trade fair this year can again expect to see everything that the industry has to offer now and in the future. In addition to semiconductor production, this includes the manufacture of displays, LEDs, and discrete components, as well as photovoltaics, micronano, material processing, and clean room technology. Industry representatives will also benefit from an extensive supporting program with high-quality conferences. In other words, from November 12 to 15, productronica 2019 is the ideal place to discuss the latest trends and technologies. Just one ticket is required to visit both fairs, productronica and SEMICON Europa. 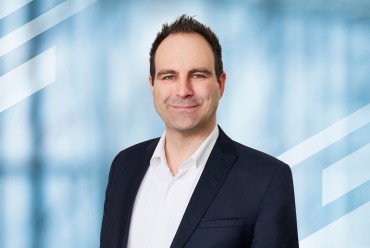