Electric mobility has reached the present and will continue to play an important role. In future, however, electric mobility is looking increasingly autonomous. From November 16 to 19, productronica 2021 in Munich will show what opportunities the further computerization of the automobile will create for the electronics production industry.


The progress made in the development of autonomous driving remains high, but futuristic racing cars with lounge interiors have lost their appeal in recent years. Electric mobility currently dominates the automotive scene—and could be well observed in all its facets at IAA Mobility which took place in Munich in September under the motto “What will move us next?”

This—according to VW boss Diess—will be autonomous driving: By 2030, 15 percent of consolidated sales is to be earned by robot taxis and new mobility services. The newspaper “Die Welt” reports that the managers in Wolfsburg are considering use-based billing: This way a nap in the driver’s seat could cost around seven euros an hour. Upgrades to range or performance (e.g. different maximum speeds) could also be billed on an hourly or daily basis.

Before mobile “autonomy” finds its way into private life, it will change our mobility concepts as a line, shuttle or taxi service. For this, the fully electric VW bus ID.Buzz is to drive autonomously (level 4) and go into series production as a robot taxi from 2025. Until then, the Wolfsburg automobile manufacturer will try out the technology in cooperation with its U.S. partner Argo AI as part of a shuttle service to Munich airport.

Intel subsidiaries Mobileye and Sixt want to be faster than VW. The companies have their sights set on self-driving ride-hailing services in Munich and Tel Aviv as soon as next year. Autonomy is ensured by the level 4 modular system “Mobileye Drive,” which is aimed primarily at local transport providers. Reliability is to be ensured by two systems that are independent of each other and work either with 13 cameras, or with 9 LiDAR sensors (light detection and ranging) plus 6 radar sensors.

Meanwhile, Google sister company Waymo reached another milestone in San Francisco, where any interested passengers can apply for a free joyride in a self-driving electric SUV, the Jaguar I-Pace, via the Waymo app—including safety driver. However, competitor GMs Cruise is the first manufacturer to be allowed to send its autonomous taxis through California’s streets without a driver as part of the “CPUC (California Public Utilities Commission) Driverless Pilot Program.”

Personal self-driving vehicles aren’t yet within reach: Tesla’s autopilot is more of an assistance system and meets level 2 of automation. Other manufacturers are offering concept vehicles such as the “Grandsphere Concept” presented by AUDI at this year’s IAA Mobility.

According to this concept or ones like it, the sedan of the future will find itself at retailers no sooner than the second half of the decade. A study by ADAC/Prognos from 2018 expects driverless cars to be driving both on highways and in cities by 2030. They are likely to be found on greater numbers on the roads from 2040 at the earliest.

The self-driving car will also be important this year at the world’s leading trade fair for electronics development and production. In terms of electronics, it’s not a new topic. After all, driver assistance systems have been providing additional safety and comfort for many years (e.g. parking assistant).

According to consulting firm Roland Berger, the expense for electronic modules in a typical premium car with a combustion engine is now USD 3,145. In a semi-autonomous, electrified car, these costs will more than double to USD 7,030 by 2025. Around a quarter of the costs (USD 725) can generally be traced back to digitalization. But the biggest driver of cost is electric mobility. More than half of the increase in costs (USD 2,235) results from the electrification of the powertrain. In the case of autonomous driving, the additional funds required for automotive electronics (USD 925) are largely attributable to computing power and sensors.

At productronica 2021, a range of companies will present machines and services for the development and manufacture of high-performance electronics for driver assistance systems to realize automated driving. These include the likes of camera, radar, ultrasonic and LiDAR sensors and specialized SoC multicore platforms for security and vision.

If systems that enable autonomous driving are to take responsibility for the safety of the occupants, it is essential that every component is one hundred percent reliable. Even errors at the atomic level can lead to malfunctions or failure. Purity and technical cleanliness need to meet the highest demands during production. At productronica 2021, cleanrooms, cleanroom boxes and dust-free workplaces can be seen in Hall B2. In addition, the “PCB & EMS Speakers Corner” in Hall B3 will deal with clean room technologies, among other things.

At the same time, all materials, components and systems will undergo permanent extensive inspections. The testing and measurement for this in all its facets takes place mainly in Halls A1, A2, B2 and is a topic in the “productronica Forum” in Hall A1.

The “Innovation Forum” in Hall B2, meanwhile, is dedicated to the overarching area of “Smart Mobility.”

Exhibitors at productronica 2021 on the topic of “autonomous driving”

Manz (Hall B2, Booth 416)
Production systems for displays, electronic components and control devices, as well as sensors and cameras for driver assistance systems. 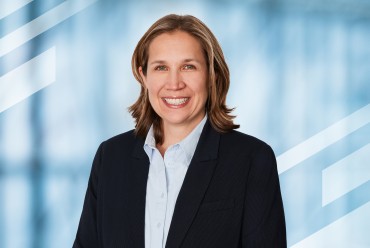